Cornish charity Cornwall Hospice Care has revealed that it has sold more than one million items of donated stock in an eight month period. The count began on the 1st of April last year (2019) and it is believed the one millionth item was sold around 2pm on Thursday 21st November. 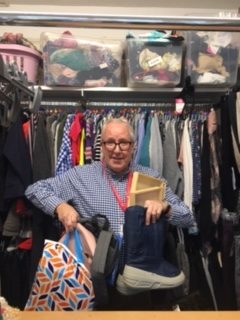 The items included adult and children’s clothing, shoes, accessories, bric-a-brac, books, CDs, records and furniture. Graham Clarke, the charity’s Finance Director, says the figure highlights the green credentials of charity shops; “Many of these items could well have ended up in landfill if they had not been kindly donated to our charity shops. It shows how important we have become as a recycling centre for Cornwall. We offer people the chance to donate their unwanted items, rather than throw them away, and we can then find them new homes giving us all the feel good factor.”

The one million items have also helped Cornwall Hospice Care achieve gross sales of more than £2.7 million in the 8 month period. Graham Clarke again; “This is an amazing achievement as our 31 shops help generate a significant percentage of the money we need to provide our 24/7 care for terminally ill people across Cornwall. We focus on the value of donated goods and with the generosity of our supporters are able to realise the best value for every item. I hope this news will inspire everyone to consider passing their pre-loved items on to us, knowing that an old t-shirt, coat, CD or sofa will have another life and raise funds for hospice care, while stopping them from being thrown away.”

The highest earning donated items were clothing and shoes, furniture and bric-a-brac.

Cornwall Hospice Care has 31 charity shops stretching from Bude in North Cornwall to Penzance in the West. The charity also runs a large sorting warehouse in Holmbush (St Austell), specialist furniture shops in Truro, Wadebridge, Holmbush, Penryn and Bodmin and a Retro store in Penryn. 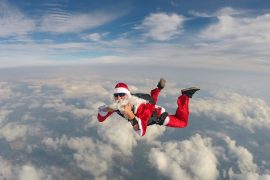 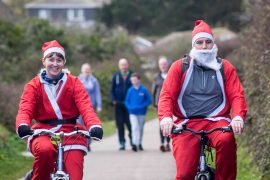 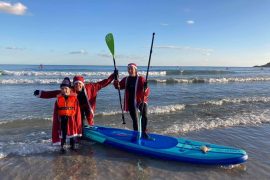